Lawrence’s first conducting experience was at the age of 4 in his grandparent’s house with a knitting needle. He then got his first real baton at the age of 16 while directing a performance of Beethoven’s Egmont Overture at the Kent Centre for Young Instrumentalists. After being named the BBC Radio Kent Young Musician of the Future in 2002, he went on to graduate with BMus (Hons) from the University of Surrey in 2005 (majoring jointly in performance and conducting), studying under Nicholas Conran. He then obtained a postgraduate diploma at the Trinity College of Music. Lawre 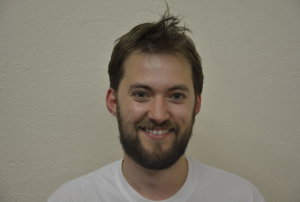 nce has gone on to conduct many more works ranging from Mozart chamber music to larger choral works, and also ran the University College London Big Band for 9 years.  He was Musical Director of the New Essex Choir for 7 years until December 2018 and is currently the Musical Director of the Hackney Borough Youth Orchestra  and the Theydon Singers.  Lawrence recently founded the East London Chamber Orchestra, a collective of professional musicians for performing with choral societies.

Lawrence is also a professional trombonist and has played in a diverse selection of groups ranging from principal trombone with Die Philharmonie der Nationen under Justus Frantz to the prize-winning brass dectet SE10.